Aye, I got a true fact for you people. I had this fact since 2012. o-o Okay so. I made a new account to prove to you, because on my main I earned gems from videos… And for the reason I am posting is because there hasn’t been a post for a while, so blame me for this useless post :D

So, use a gem code (Well obviously!) 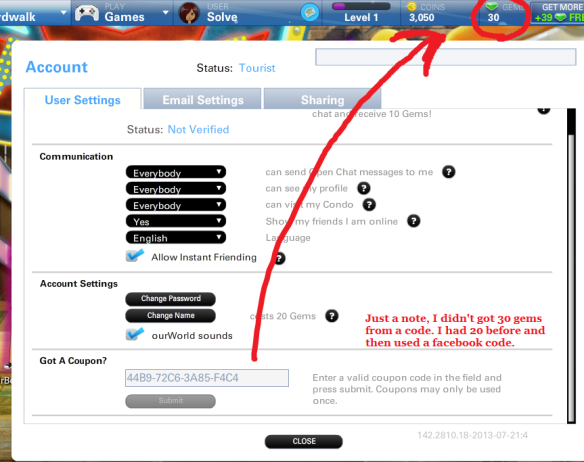 So, if you use a monthly, toolbar or Facebook. You get nothing from the elevators.

The reason I am posting this, is because…

What do you think about this? Have you known this before? :o

Hello, I found a very interesting Crew called “Our Secrets”

the reason it was interesting is because it has “Secret” L.O.L!

So anyways, here’s an interview with Unknown Secret (The owner)

Act: When did you created the crew?
Unknown Secret: Our crew “Our Secrets” started 9-3-12

Act: Why did you created the crew, was it for being a family or just for the prizes?
Unknown Secret: My friend and I, Yuki (Terrible Secret) started the crew just to be a family I guess. A while ago we had our friends all change their names to something alike and now we made a crew.

Act: How did you thought of your crew name?
Unknown Secret:  Our name is “Our Secrets” because that’s just what we are, everyone from the crew is something Secret!

Act: Do you have your own crew website or even planning on to have one?
Unknown Secret: No. Everything we have to say to our members is either sent by message or on the crew’s private about.

Act: Do you have a contest for your crew members or waiting for more members to join?
Unknown Secret: I think once more people join and the elevator is higher we will start a contest.

Act: What would you do differently to your crew in the future?
Unknown Secret: Nothing, our crew is fine just the way it is. I love each and everyone of the Secrets.<3

Act: Anything else you would like to add, for our readers?
Unknown Secret: People should check out the crew and join! [:

Well, that’s about it for now! what do you think about this crew? would you join it? Leave a comment!

Everyone been questing me of how to have a picture on your wall.

Ok, I sticked this post because quite a few people has been asking me how to do this. And this post is very old, as you can see. Was posted on July 11th 2012. This will be sticked for 2 days and will be unstick till then.~

Step 1: (You will need another account that is level 25 or you make the crew and invite your other account, make it founder then leave it on your main account) Make a crew. (Will cost 50 gems) 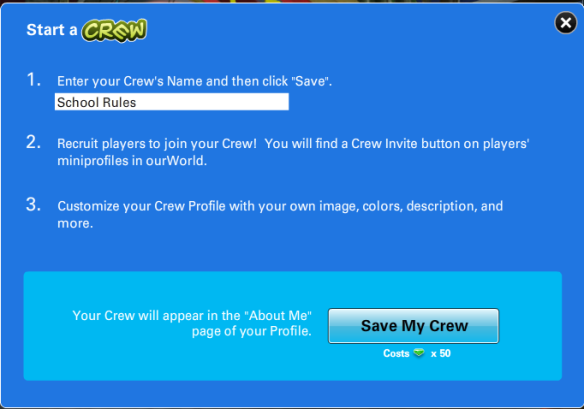 Step 4: Go to your condo then buy the decal (Your other account needs to be level 24 to gift the decal to you) (Cost 22 gems)

Step 5: Place it in your condo and ta da!

All this adds up to 82 gems. To have another decal make another crew.